Car Mechanic Simulator 2018 seems like a good attempt at giving us an insight into the everyday experiences of a car mechanic. It does some things very well but has some slightly odd ideas about skill progression, and you’re going to need a good deal of patience to unlock everything in normal mode.

Alternative job simulators are a fascinating genre. I’ve turned my virtual hands to a few different careers over the years; a truck driver in European Truck Simulator 2; a pilot in Flight Simulator and others; a city mayor/planner in SimCity, Cities: Skylines and others; a space trucker/miner/taxi driver in Elite: Dangerous; a train and tube driver in Train Sim World and World of Subways 3 respectively, and now I can add car mechanic to that list.

These games abstract the idea of work into easily accessible career-building endeavours that trade the actual effort associated with the chosen career for an investment of time.

For example, in European Truck Simulator, progression from a lowly driver-for-hire to driver-owner of a haulage company with staff, depots and a fleet of trucks took some investment of time, probably over 140 hours or so (I’m kind of guessing because my save was lost and I’ve had to start over again). And reversing an articulated trailer into a narrow parking spot is consistently bothersome in first person view, but always rewarding when you get it right.

So in terms of invested time, I seem happy to commit to progressing through whatever career is flavour of the moment, but heck, in CMS, that’s another level altogether. No pun intended.

I think CMS appeals to me because ever since I can remember I’ve enjoyed pulling things apart to see how a) they fit together, b) what’s inside and c) whether or not I can put them back together again. Ever since the olden days of Matchbox cars that were held together with screws instead of more modern rivets, I’ve been disassembling and reassembling things. Cars (small and large), electronics, and pretty much anything I could tease apart.

Before I get to the next paragraph, it’s worth pointing out that at the time of writing I, along with the majority of the UK, have been confined to our homes while Covid19 runs amok through the population. I have a full time job, and I’m fortunate that I can do that effectively from home so it has been pretty much business as usual on that front. With one significant difference: I get back three hours of each day that is usually lost to commuting. 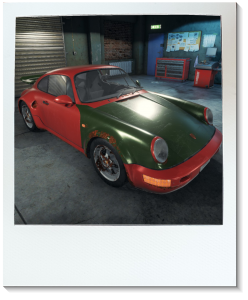 Still, hitting level 30 in CMS took me 122 hours of play. Jeez. And to put things further into perspective, level 30 is when you can clean the interior of a car, and respray the shell so that your repair efforts don’t have to leave your garage still looking like a patchwork of junk. You can also measure the effects of your tuning and upgrades on the Dyno road.

But seriously, having to invest 122 hours before I can do the job that a junior would probably be asked to do usually, or recharge a tired battery, or make body panels the same colour as the rest of the car? Really? Yes. Really.

Okay, so what have I learned during the grind (and believe me, those later levels were nothing but a grind) to level 30?

Lots, actually. And perhaps most unexpected was that the simulation of being a car mechanic doesn’t seem wildly different from my day job; someone comes along with a vague problem statement about how something isn’t working properly, and it’s up to you to use your knowledge of the domain and apply some investigative effort to chase down and isolate the issue, figure out what needs to be fixed or replaced, do it, test it, and hand it back to the customer. Rinse and repeat.

My day job isn’t really like this, but it’s a reasonable approximation of what we do as software devs.

Anyway, back to CMS (did we ever really leave?)

A lot of the cars that come in are in a state that, under normal circumstances, you’d expect to find in a scrap yard at best. How they even arrived at your garage is often a bit of a mystery given that they often won’t start and their components appear to have been dug up from somewhere in close proximity of a nuclear power station’s waste disposal site, 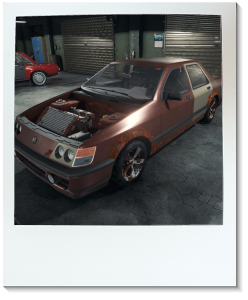 Regardless, all the cars I’ve encountered so far have clean, readily accessible and easy to remove nuts and bolts. This is possibly the biggest lie in the game if my own experiences with my earliest cars are anything to go by.

They all use the same clutch components, shocks, springs, plugs and some other generic things.

Some things can be repaired while others can’t, and which is which doesn’t always make sense. I’ve never known anyone to repair a brake shoe, for example. Is that a thing?

There are never any wires or pipes to be concerned with, so other than removing an oil sump before draining it – and winning the “first blood” achievement as a result of dumping the oil on the workshop floor – you’ll never be soaked in coolant when you pull out a radiator, or squirted with brake fluid, or have gear oil running up your arm whilst trying to top up the gearbox of your mouldy old Ford Escort to name but a few realism opportunities missed. No, not missed that implies an oversight. Omitted for the sake of the sanity of the devs is probably fairer. 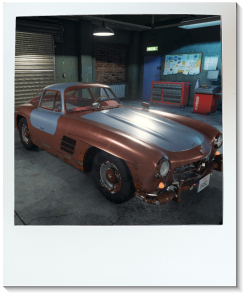 And that extends deeper into the activities you can perform to fix things too. It’d be amazing to repair an alternator by stripping it into its component parts to get a feel for what’s inside. Or examine the circuitry in ABS modules when they’re faulty. But again, dev sanity must be preserved, I guess.

And so to the skill progression tree and the features that are inaccessible until you’ve got far enough through it. Auctions for example. I can’t remember exactly when they opened up but it wasn’t before prodding dejectedly at the map without success quite a few times. I had some money, but I wasn’t allowed to go (even to watch an auction happen, see the quality of the vehicles up for grabs and the sums they fetched, and understand the process) until I’d gained enough “skills” to qualify. I really doubt that being able to remove and tighten bolts 50% faster helps at an auction.

Which is odd because, before that point, I’d already bought a few cars from blokes with barns (I’m making gender assumptions because you don’t see ‘em and the cars in question probably were owned by guys – if they weren’t then I apologise to those unseen previous owners), rebuilt everything (except the scruffy bodywork that couldn’t be replaced and unpainted panels because levels), test driven it and ultimately sold it for a nice profit. I still wasn’t deemed worthy of a place at an auction.

The journey to 30 has revealed some amusing story elements, like the woman who brought in a flashy pink sports car complaining that her husband had borrowed it for one week and she was now divorcing him. And I can’t say I blame her because it looked like he’d parked her car on the bottom of the Dead Sea for the entire week. Anyone who can do that much damage to someone else’s motor in such a short space of time should most definitely be kicked out. And banned from owning or driving a car ever again.

Then there was the guy who was really pleased with himself for buying his wife a car straight off the Internet. Whenever they say anything along the lines of “it looked pretty good,” or “the dealer said it was in great condition” or “it’s almost like new, there’s probably hardly anything that needs to be done” put down that restoration you were working on and anything else you were hoping to do. This is going to be a long haul. 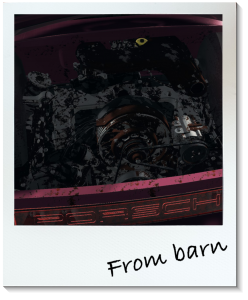 My 122 hours of “training” mean that I can now fix almost anything. Your gearbox is knackered, or you want a new set of rims and tyres? Give me five minutes. Brakes or suspension worn out? Ten minutes. Engine destroyed due to, well, just being a moron I think, fifteen to twenty minutes for a full rebuild. Oh, but one thing I just discovered: if your bodywork is rotten, and you quickly zip it through the spray booth, don’t go assuming the paint will cover up the wear and tear. Oh no. One does not merely paint over rust my friend.

In five more levels I’ll be able to try repairing bodywork, rather than just replacing panels, and, I think/hope, weld up a less-than-perfect chassis. That’s a little over 20 more hours if my current average is anything to go by, but then I should be able to go from barn find to showroom and actually be proud of the result. 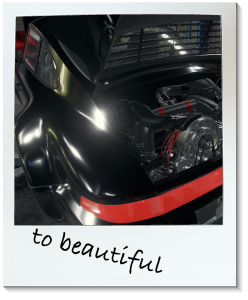 If there’s one final criticism to be levelled at CMS (so far – there are more things I have to unlock yet), it’s that it denies you the opportunity to suck air through your teeth, rub your chin, and tell your customer that it’s going to be an expensive job that you can’t possibly fit in before next Thursday.

Also, I’d like there to be more customisation options and things I can take apart and examine the insides. Unless these become available through more unlocks.

So, should you buy and play it? If you like taking things apart and putting them back together, hopefully in better shape than they were originally, and if you are patient, then yes. If not, then think twice unless there’s a sandbox mode where the normal laws of commerce don’t necessarily apply (I think there is, but I elected for “normal” mode).

Anyway, I should be getting on now. There are two barn find restorations waiting in my parking bays and apparently there’s someone on the phone talking about gearbox problems. Again. 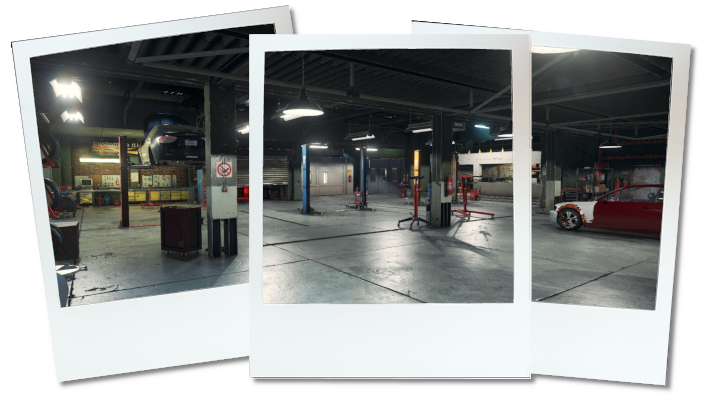 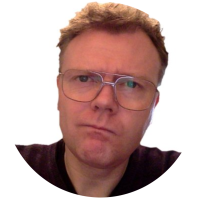