You know that thing Win 10 does when it boots up – displays a funky photo for you to enjoy before logging in? This was one of those photos. Thanks Microsoft 🙂

Covering an area of 1490 km² at the southernmost Thailand, consists of 51 islands on three archipelagos. Thank you NASA and Cassini. Could this photo become as well known and recognised as the Earthrise photo captured during the moon landings? 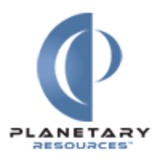 It was a bit dumb of me to pile a load of quite large photos on to the blog home page in the form of a post, so I’ve moved this content over to its own page which you can find here.

So after roughly 35 years of needing a reason, I eventually visited the Barbican centre at the weekend.

Obviously I’ve known about the place for practically my whole lifetime but never really “got it” before. At first it’s a confusing mass of far-too-much-concrete, a maze of pathways, bridges, alleys and courtyards but once you’re in, and especially inside the main centre, it kind of becomes an experience, not just a venue.

As interesting as it was to explore the seemingly haphazard interior and watch the few performances that were going on on Saturday afternoon, nothing prepared me for what was waiting on the 3rd and 4th floors.

The effect of entering the indoor garden was one of being transported to a dystopian, post-human future, where nature is fighting back against the civilisation that once ravaged it, and winning quite nicely thank you. It’s momentarily like being dropped into the real-world equivalent of Enslaved: Odyssey to the West, but with fewer mechs seeking to extinguish the last remnants of human existence. Even the innocuous name lends itself nicely to a level of such a game: The Conservatory.

That probably isn’t what was intended when it was built. After all that was three-and-some-fraction decades ago, well into the time of nuclear threats and oblivion scenarios but well before such bonkers computer game sci-fi concepts could have been imagined, but it did conjure up those feelings from the moment we passed through the doors. And it did it very well.

Then it occurred to me that maybe my thinking has been altered by playing such games and enjoying such sci-fi journeys for so many years, and thus it felt exciting to be taken there for real for a few moments, at least until the rational-be-sensible brain functions reined in those flights of fancy. But everywhere you look there are (I think) perfect frames of such imaginings, so I tried capturing a few with my iPhone’s camera. Capturing photos with no people in is difficult, but have a look and then decide if I’m on to something, or just mentally skewed…

(it seems something’s gone awry with my blogosphere so until I find out what’s stopping pictures from uploading, these links will hopefully suffice) Texters: Photos Capture How Devices Disengage Us From Our Location – PSFK. A massive thanks to Noel Sharkey, Jack Klaf, Peter Jukes and Robery Llewellyn for their talks tonight. The Dana Centre has rediscovered its previous form – and long may it continue.

So, was there anything not to like about this evening’s session? No way! Fantastic guests, great host (thanks LJ Rich), stimulating and engaging presentations and conversation, and breakaway groups featured again too. I only wish it could have run on for longer.

So here’s a brief synopsis of what was presented;

Prof. Noel Sharkey (http://staffwww.dcs.shef.ac.uk/people/N.Sharkey/) , presented a warning of a not-too bright future where robots more akin to the hunter killer types seen in Terminator Salvation are altogether more likely to be appearing sometime soon rather than the more affable C3P0 variety. However, we’re still a way off from the likes of the Nexus 6 model envisioned by Philip K. Dick in his book Do Androids Dream of Electric Sheep (probably more widely known as the film Blade Runner, which is still awesome by the way). And that is a good thing.

As a founder of the International Committee for Robot Arms Control (http://www.icrac.co.uk/), Prof. Sharkey and others are standing up for the application of good sense and drastic limitations on the use of autonomous military hardware. Robots are just too stupid right now, and even in the longer term, will probably be missing the human qualities needed for combat decision making.

He didn’t share too much with us about the creation of sex-bots though. There was a photo of a “large rubber doll” that is the worlds first such efforts at this, but it was a small and not-too-clear photo. Just be careful if you’re googling for it in front of the kids!

Jack Klaff, former Professor of Public Understanding at StarLab in Brussels, among other accolades, discussed some of the key moments of insight and unbridled imagination that have enabled the science fiction of the not-too-distant past to edge towards, and in some cases achieve or surpass the fictional technologies with the science fact of today.

Peter Jukes, actor, screenwriter and playwright, described the relationship between science fiction and the era in which it was created, noting that for the most part, what we imagine as the future totally constrained by what we understood at the time of imagining.

He also posited that as we grow more technically capable and assemble machines that can become subservient to us, we move toward a state of Godlessness while assuming the role of creator ourselves and at the same time deny that we’re really involved.

Robert Llewellyn, television presenter, author and deep-future android Kryten in BBC’s Red Dwarf told us of his fondness of electric cars, and his passion for sustainability and efficiency. And wind. Apparently the UK has 40% of Europe’s wind, and we should be putting it to much better use. He admitted to liking wind turbines, at least in part, “because they annoy people”.

Offshore wave-powered generators are also a big favourite simply because of the amount of power they can provide. Yet we’re just not doing enough as a nation, and instead rely on nuclear and imported electricity supplies.

So, all in all this was a tremendously fun evening. No doubt some of the other attendees will be writing  up their own versions of events, and it’s highly likely that I’ve made a few memory recall errors in this post, for which I apologise now. See, a robot wouldn’t do that 😉

There’s a Facebook page for continued discussion about this event here: http://www.facebook.com/pages/FutureWorldNow/208519449190958?sk=wall

Just found another pic that I seem to have made it in to out on t’ Interweb: MIT professor Daniel Nocera claims to have created an advanced solar cell which uses sunlight to split water into its two core components, oxygen and hydrogen.

With a single gallon of water, Nocera says, the chip could produce enough electricity to power a house in a developing country for an entire day. Provide every house on the planet with an artificial leaf and we could satisfy our 14 terrawatt need with just one gallon of water a day.